Modern technology has given the world the infamous selfie. Over the years, the need to take self-portraits on our camera phones has only increased. “Pictures or it didn’t happen” has become a mantra so many people live by. Our lived experiences seem to now be defined only on the basis of how many pictures exist as proof. Selfie culture has insidiously made its way into the lives of the modern, tech-savvy internet user.

The rise of social media and its impact on selfie culture

Social media is largely to blame for this ever-expanding need to keep taking selfies. Platforms like Instagram encourage users to document every second of their lives through photographs. There is an online persona people create and work tirelessly to maintain. In such a situation, it’s only natural to take so many pictures and let your followers know how much fun you’re having, right? Validation from strangers is what the internet thrives on.

The psychology behind taking a selfie 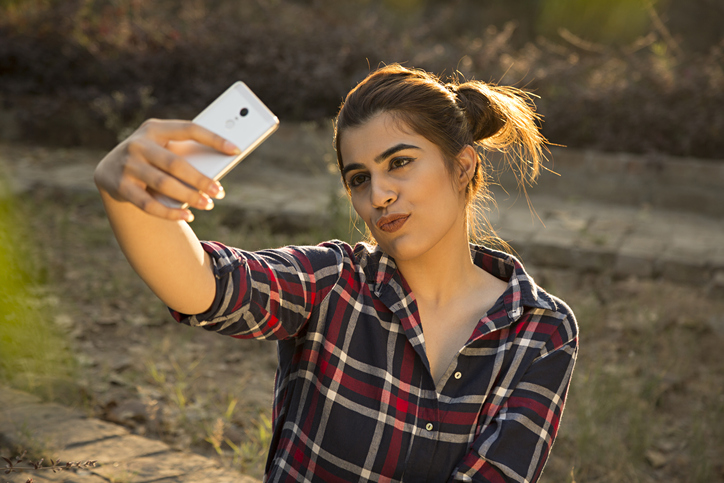 People are quick to label people who take too many selfies as narcissistic and self-obsessed, but what is the science behind it? Research has proved that the need to compulsively take selfies is linked to attention-seeking, environmental enhancement and social competition. Further, one study also found that people who base their self-worth on others’ opinions are more likely to post self-portraits.

Our self-worth is frequently put to test in the carefully curated world of influencers, bloggers and everyone else who seems to be doing better than us. In such uncertain circumstances, the act of taking a selfie, posting it, and getting positive responses, provides a significant boost to one’s mood (even if it is only temporary).

Tourists and their love affair with the selfie

Tourists, especially, are unhealthily obsessed with the need to constantly click selfies alongside famous monuments and popular attractions. Everywhere where you go, selfie sticks loom large with huge smart phones attached to them, eagerly held by a group of tourists. The travel experience almost seems tainted. Today, visiting a place and experiencing it is not a personal, intimate experience anymore. People are in a constant flurry to pose and click a picture before taking a moment to actually appreciate the place they’re in. 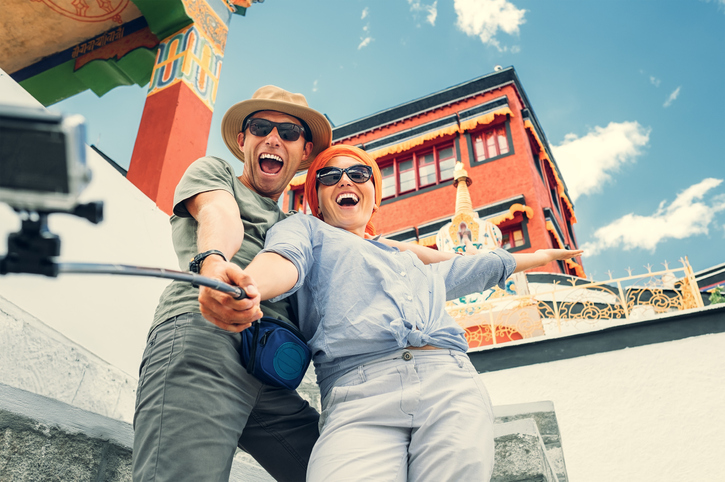 Selfies apart, taking pictures in places where photography is prohibited has also become common. Without any form of respect or decency, tourists are frequently found flouting rules to click a snap. Many times, they take pictures of people around them without any kind of prior permission. It’s as if holding a smartphone with a camera bestows them with unlimited power to do as the please; completely disregarding another person’s privacy.

Travel now seems to be a means to an end. The end here being a host of pictures that are enthusiastically shared on social media; as people patiently await more ‘likes’ and ‘comments’.

Studies have shown that from 2011 to 2017, the number of selfie-related deaths have reached 259; with 137 incidents reported globally.  The highest occurrences have been in India, with over 100 selfie-related deaths being reported in the country. People have fallen off cliffs and drowned in beaches in their attempts to take the ‘perfect’ selfie. Global reports have documented these tragic deaths; but people still continue to go out of their way to click pictures in restricted, potentially dangerous locations.

Famous global spots have even banned selfie sticks and the act of taking selfies on their premises. These tourist destinations include The Colosseum in Rome and the National Gallery, London. Cautionary signs have also been put up to warn people in advance. The danger of taken selfies at specific locations has made governments realise how important it is to keep people away. Yet, despite so many fatalities being reported, tourists themselves don’t seem to have learnt their lesson.

Tourist spots need to be more stringent when it comes to supervising people clicking pictures. If severe consequences are established, only then people may reduce taking as many selfies as they do.

However, the problem isn’t just limited to rules or regulations. The rise of selfie culture is also a commentary on our evolving mind-sets because of our increased reliance on social media. For as long as we have easy access to so many platforms, we will feel the need to use pictures, selfies especially, as a means to seek more validation.

The 28 Different Types Of Travellers You May Meet

Is It Still Ethical To Travel To Iceland?

A Complete Guide To Understanding Ecotourism

Is The Czech Republic Celebrating Too Soon?

Is Online Learning The New Normal?

Ecotherapy: How Can Nature Help With Mental Health?

Finding Yourself Through Travel—Still An Option?

12 Books To Read To Make You Feel Like Traveling