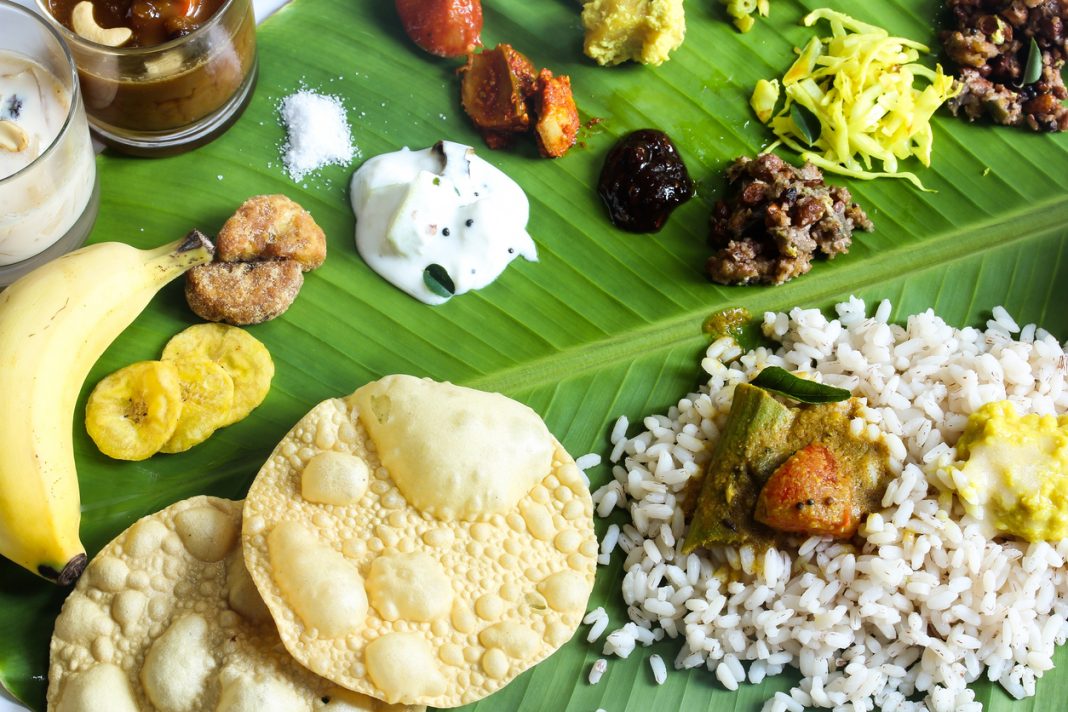 Traditional Kerala cuisine is known for its delicious food, which is rich in coconut and rice. With a multitude of dishes ranging from the traditional sadya to seafood delicacies and beef curries, each dish is a unique experience in itself. Bursting with flavours and textures and a blend of both vegetarian and non-vegetarian options, here are some dishes from “God’s Own Country” that you must try.

Also Read: 11 Reasons You Must Visit Kerala This Year 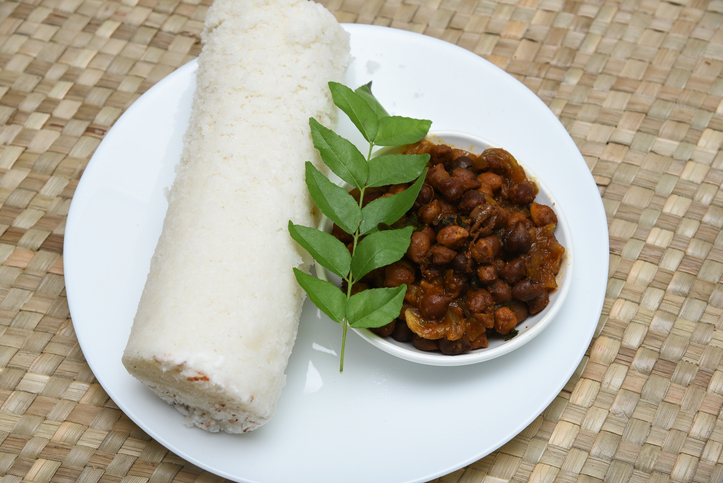 This popular combination is often had for breakfast all around Kerala. Puttu is made with rice powder mixed with grated coconut and water, which is then steamed in cylindrical moulds and served with the mildly spicy kadala curry, which consists of black chickpeas cooked in coconut gravy. 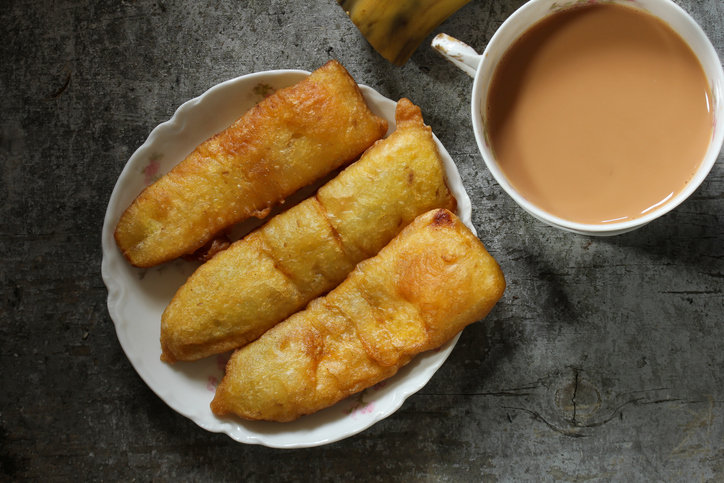 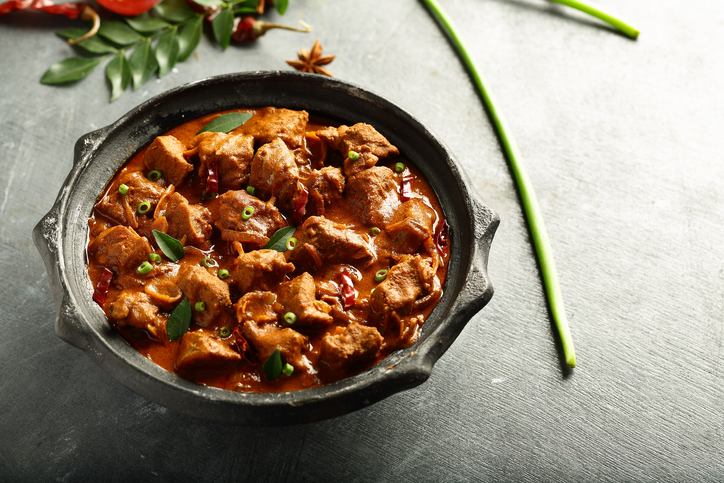 One of the most popular non-vegetarian dishes of Kerala cuisine, mutton curry (or Erachi Varutharacha Curry) originated amongst the Syrian Christian community. It consists of mutton, onion, and tomatoes, mixed with ground spices. 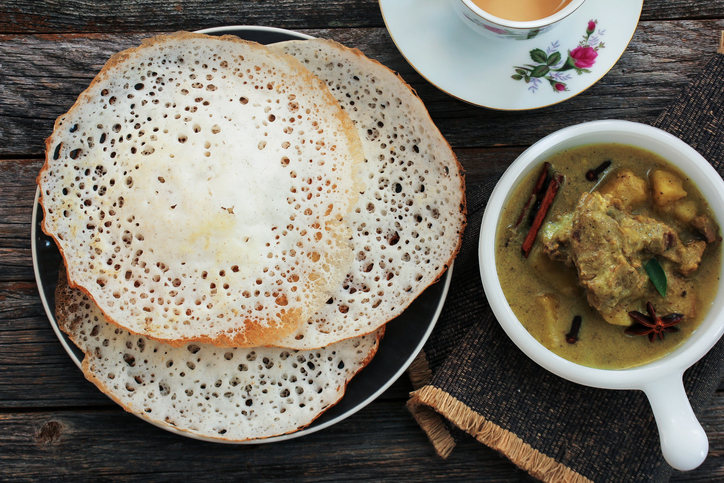 A staple of Kerala cuisine, appams are essentially thin pancakes made with fermented rice flour, coconut milk, coconut water, and sugar. They are usually enjoyed with curries and stews, though remember that appam is best had hot, as it can lose its taste when it cools. Appams are also found in Sri Lanka, where they are often called “hoppers”.

Also Read: Top 11 Dishes of Sri Lankan Cuisine You Have to Try 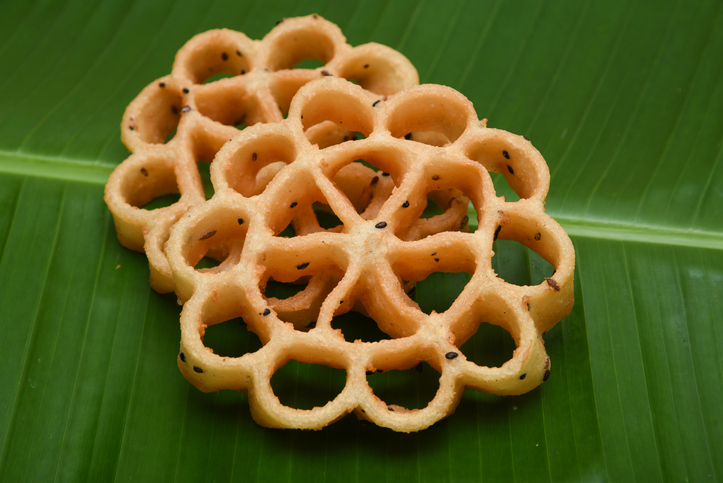 Popularly called “rose cookies,” these delicious snacks are made from a batter of rice flour, which is fried in the characteristic flower-shaped moulds. This gives it its name, as achu means “mould” in Malayalam. 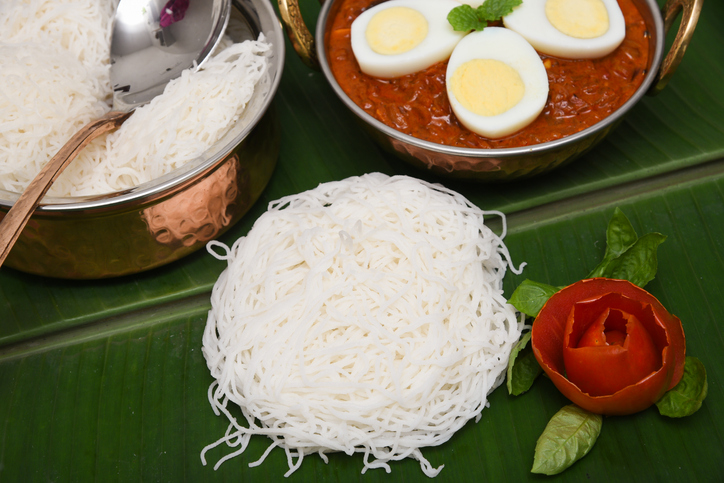 Another popular breakfast dish is idiyappam. Also called noolputtu, it is made with rice flour dough that is squeezed through a mould to create thin noodles, which are then steamed. Idiyappam is often served with egg curry or stew. In Sri Lanka, it is known as “string hoppers”. 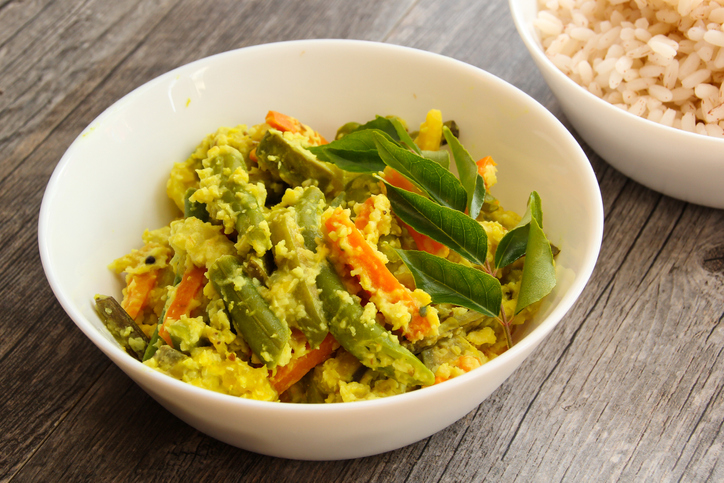 Avial is a vegetarian dish which is made with a mixture of vegetables cooked in a paste of ground coconut and flavoured with coconut oil and curry leaves. According to legend, it was invented by Bhima, one of the Pandava brothers from the Indian epic the Mahabharata, during their exile, and is a part of the traditional sadhya feast. 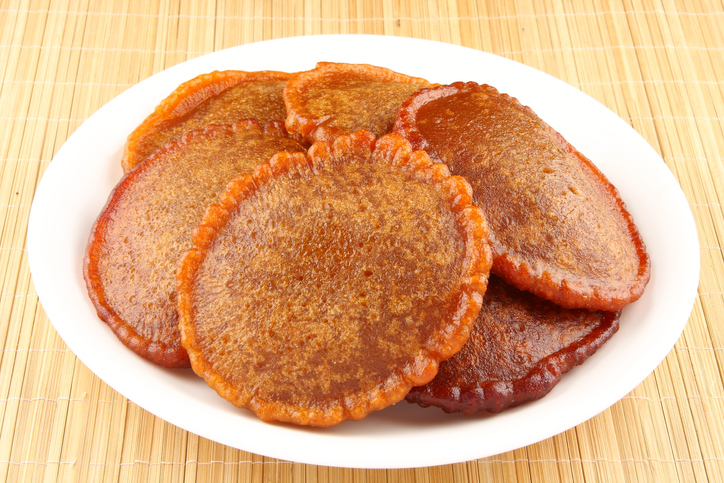 This sweet dish originated with the Syrian Christians and consists of rice flour, stuffed with jaggery, fried coconut, cardamom, and milk, as well as clarified butter (or ghee) which is known as neyy in Malayalam. This mixture is fried in a bronze pan called appakkaram. A variation of this is the unniappam, which is much smaller and can also have banana and jackfruit.

A popular dish among Syrian Christians is mappas or stew. It is made with chicken or fish, potatoes, and onions, which are gently simmered in a gravy of coconut milk flavoured with pepper, cinnamon, cloves, lime juice, green chillies, and shallots. You can also try the equally popular Nadan Kozhi Varuthathu (or spicy chicken fry).

One of the most recognisable snacks of Kerala cuisine is banana chips. This much-loved treat is made from raw plantains which are thinly sliced, left to dry in the sun, and then deep fried in coconut oil.

Another sweet delicacy is ela ada (also just called ada). These little parcels are filled with jaggery and grated coconut, as well as jackfruit and banana, and encased in a dough made of rice flour. Ela ada is usually prepared during the festival Onam and can be enjoyed either hot or cold.

This popular dish is a spicy fish curry flavoured with coconut and kokum and is extremely popular across Kerala. It can also be found across South-East Asia in places like Malaysia and Singapore.

There are many kinds of thoran to be found in Kerala cuisine. It is essentially a dry curry made with finely chopped leafy and dry vegetables (like cabbage, moringa leaves, spinach, beans, and carrots) and grated coconut. It may also have meat.

A layered pastry made in the Malabar region of Kerala, chatti pathiri can be either sweet or savoury. It consists of layers of pathiri, a thin round pancake made with rice flour, oil and eggs, filled with either spiced meats or a sweet mixture of nuts and raisins. It is seasoned with cardamom or sesame seeds and is widely consumed during Ramadan.

One of the most popular dishes in Kerala is beef fry or curry. The meat is cut small and shallow fried with pieces of coconut and a variety of spices. It is then served with parotta (a layered flatbread), chapatti, or rice.

This popular snack comes from the Malabar region in the north of Kerala. Unnakaya is a sweet dish that is made by flattening mashed bananas and filling it with a mixture of grated coconut and jaggery. These are then rolled together and deep fried until golden brown.

Another delicacy from the Malabar region (especially the town of Thalassery) is its famous biryani. It is made with short-grain rice (usually Khamia or Jeerakasala rice) instead of basmati rice, along with chicken, spices, and ghee.

There are many other delicious dishes to be found in Kerala cuisine. If we’ve missed any of your favourites, be sure to share them in the comments below.

Food From Spain You Must Try At least Once

Best Camping Places In The Himalayas

Toy Trains In India For A Gorgeous Ride

The Best Wellness Retreats In India That Will Rejuvenate You

A Complete Guide To The Gir National Park

The Athirappilly Falls in Kerala: A Complete guide

Best Places To Visit In Kashmir