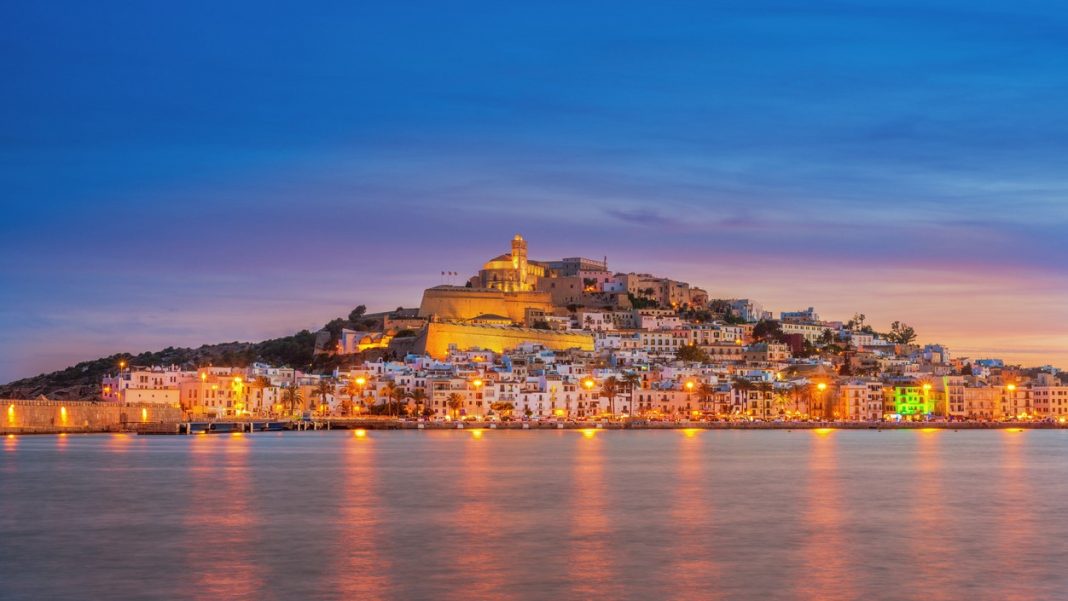 Ibiza is one of the most famous of Spain’s Balearic Islands. Lying 186 kilometres from the coast of Valencia, it is also almost synonymous with parties and clubbing. However, there is much more to this island than its nightlife. There are lots of wonderful things to do in Ibiza, from exploring its many islets and rock formations to learning about its rich history and relaxing on the serene white sand beaches.

Also Read: 11 Things to Do in Spain on a Budget

With so much to discover, here are some of the top things to do in Ibiza (that aren’t partying):

Dalt Vila, also known as Ibiza Old Town, is one of the most picturesque cities in the Balearic islands. It is full of cobblestone streets, castles, 14th-century cathedrals, stone statues, and more. The town is also the perfect place to learn about the history of Ibiza. Don’t miss the old port and historic city ramparts, which were built in the 16th century to keep out the Turks, as well as the fortified Upper Town (Alta Vila), a UNESCO World Heritage Site.

Sa Talaia, also known as Sa Talaiassa, is the highest mountain on the island of Ibiza. Located in Sant Josep, it is the perfect destination for hikers. At 1,558 ft (475m) high, the peak has stunning views of the surrounding countryside and is also home to the Jineta (a ferret/cat-like creature). You can also drive up to the summit.

Ibiza, like the rest of Spain, is known for its delicious food. From freshly caught seafood to tapas and buzzing cafés, there is something for everyone on this island. The island is especially known for having some of the best paellas in the world. Be sure to check out restaurants such as Mar A Vila, the Giri Café, La Bodega, Sa Soca, and Can Pujol for some excellent Spanish fare.

4Shop at the many markets

Ibiza is also known for its great choice of flea markets and thrift stores with stalls selling everything from high-end bohemian clothes to handcrafted jewellery. Just outside the town of Es Caná is one of Ibiza’s biggest markets, Punta Arabí. The Las Dalias Market in Sant Carles de Peralta has some excellent vintage treasures, while the Sant Jordi Flea Market is held every Sunday and has all kinds of second-hand goods. You can also check out the famous Hippy Market.

There are tons of amazing rock formations in and around the island of Ibiza. However, the best known is the spectacular Es Vedrà. Located near Cala d’Hort, it rises dramatically out of the sea and has many legends attached to it. Some even believe that it was part of the lost city of Atlantis. You can also visit the nearby beautiful seaside quarry, known as Atlantis, with its labyrinth of caves, rock formations and freshwater sea pools.

6Scuba dive with the dolphins

While Ibiza may not be known as a diving destination, its waters are still home to a wide variety of marine life. There are plenty of diving spots around the island. Divers can explore the Cala D’Hort Marine Nature Reserve where you might spot a school of dolphins or even a whale. For beginners, there are also numerous diving centres to learn.

7Relax at the serene beaches

Ibiza may be known as a party island, but is also full of idyllic coves and beautiful white sand beaches. Those looking for a vibrant party can head to the glitzy Las Salinas in Playa d’en Bossa, located on the south of the island; while those in search of a family-friendly spot have the Cala Jondal in San José. There’s also no shortage of secluded quiet spots for those looking for a place to recharge (Cala d’Hort near Cala Vadella, which has spectacular views of Es Vedrà rock), as well as many with a very relaxed approach to nudism, for example, Olivera Beach, Es Cavallet, and Aguas Blancas.

Sunsets on the island of Ibiza are almost legendary. There are lots of places along the coast (as well as many bars) where you can watch the sun go down setting the sky ablaze with reds, oranges, and pinks. The Sunset Strip in San Antonio is known for its amazing views, but if you want to escape the crowds, you could also get in a boat and travel out to see to view this spectacular daily phenomenon.

Also Read: Top 12 Most Mesmerising Sunsets You Must Not Miss

Of course, there are lots of other things to do in Ibiza, so if we’ve missed any, be sure to share them in the comments below.

Food From Spain You Must Try At least Once

Halloween Spook and Fun in Philadelphia

Rann Of Kutch: Destination That Will Take Your Feet Off The Ground

Discover Grandeur In The Famous Temples Of Karnataka

From Stars In The Sky To Pearl Earrings: Famous Paintings In The World

Mark These Most Popular Harvest Festivals In India

Most Beautiful Villages In India You Should Visit